by Claudia Frenkel
Translation by Raptor-Femme

„Mind the Gap“ by Marie-Christina Latsch (pbl.) was released in july 2013. There have already been some reviews of the book, but I would like to add another, to make this little gem more known.

After the introduction, which includes a definition of the word ‚queer‘ and the history around it, on 160 pages you will find a mix of short, but detailed biographies with graphics, poems and texts of various authors.

The biographies are two to four pages long, containing quotes and mostly large-sized pictures.
At the end there is a two-page glossary, explaining some queer terminology.
A rather unusual thing about the book is that it doesn’t have page numbers, but dates that start with 1868 and end with the year 2013.
‚Mind the Gap‘, which Marie-Christina Latsch created during her diploma thesis (area of studies in Design) is from the beginning to the end an aesthetically crafted work of art.
I was very impressed by the people who were introduced in the book.
Many of them had a hard life, however, they believed in themselves, challenged norms and lived their lifes beyond any labels or still do.
The text I like most is ‚every girl, every boy‘, which is about imposed gender roles and clichés.
Marie-Christina Latsch made with ‚Mind the Gap‘ a very creative and informative piece, which I want to recommend to every person who is interested in diverse queer lifeworlds. 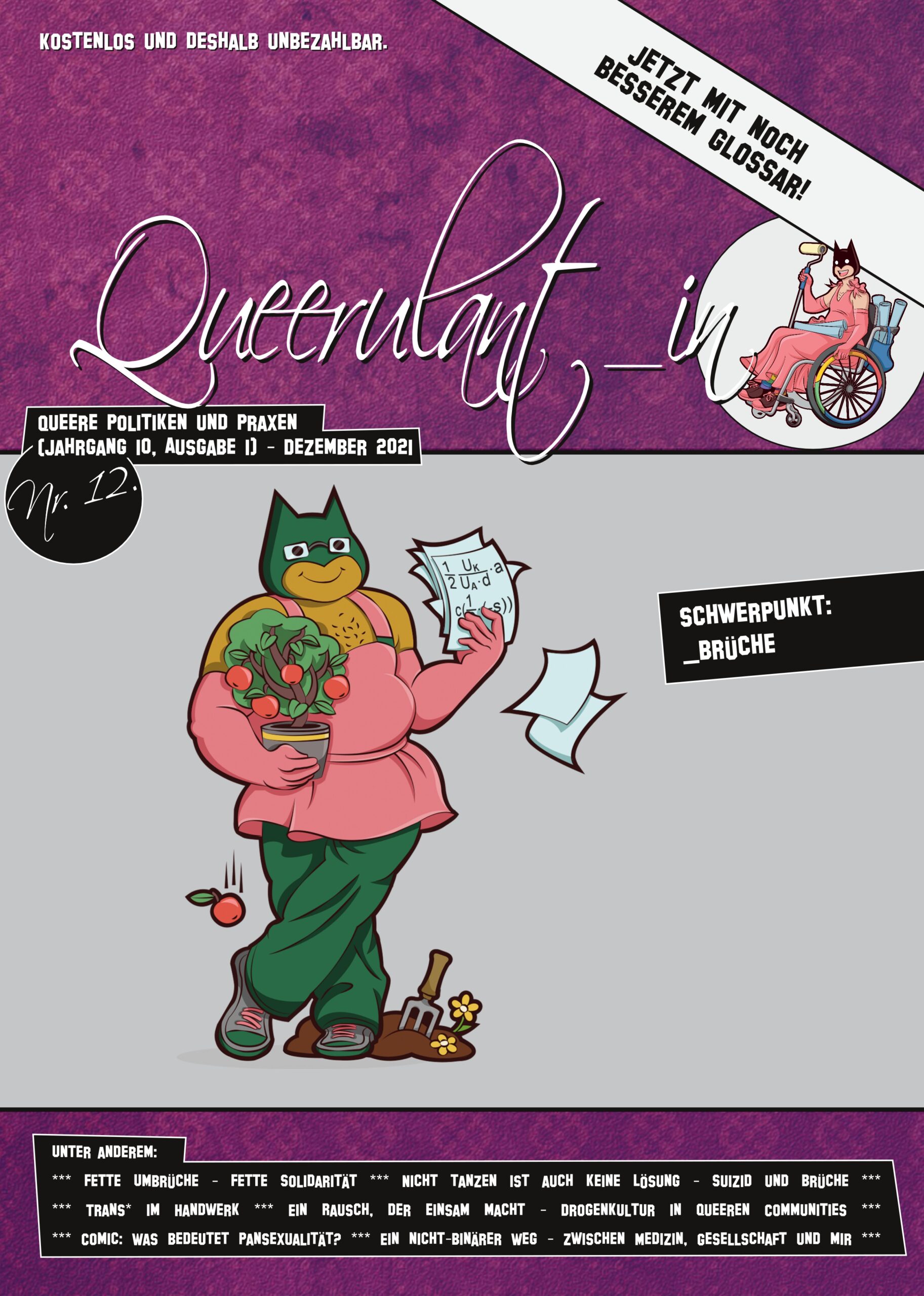